It’s a bird. It’s a plane. It’s Superman!” Well, no actually, it’s our real life flying patient, Ron Mogus, from our Dillon Orthopedic Rehab Clinic! Unlike us mere mortals, Ron has a career as a High Power Line Man which requires him to be hoisted via helicopter to be affixed to the top of power poles where he hangs from a ladder lifting himself up and down the power poles. Over the past 35 years as a lineman, Ron’s hips and knees have taken quite a beating resulting in needing Total Knee Replacement surgery on 1/11/16. Having committed to an intensive Physical Therapy regime so that he could return to work swiftly, Ron worked closely with Kirk Van Slyke, DPT and Charis Harrison, DPT to complete his rehab program within two months. In Ron’s wife Carolyn’s words, “Both of us know that he would not have been able to go to work so fast without working together (with Kirk and Charis) towards the goal of getting him back to work. They focused on his weaknesses and strengths to build his leg back up. Everyone in the office worked around Ron’s challenging schedule, bending over backwards so that he would be able to return to work. They really cared and were concerned and excited that he did so well. We are tickled with the progress Ron made!”
Ron successfully completed his Physical Therapy program 2 months to the day after he arrived shortly after his Total Knee Replacement surgery. Ron and Carolyn, we thank you for trusting Orthopedic Rehab’s Dillon office to assist you in achieving your goals for your Physical Therapy! Be careful out there Ron! 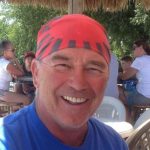 We'll get back to you, asap.